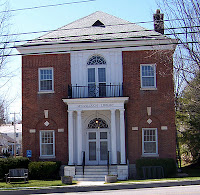 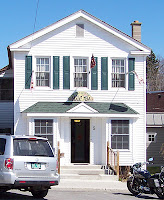 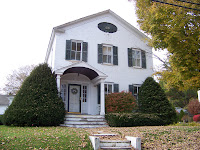 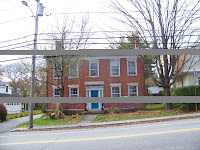 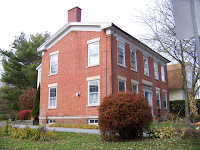 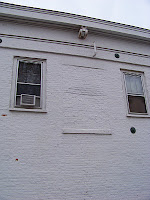 It is the oldest country store in Vermont. Note the pulley for a hoist under the eaves of the roof and the bricked-in loading door.

Do you have a list of who has run the store that is now Powers Market? (Thatcher & Welling store)
I have a picture taken in 1937 of the store if you would like a copy. My ggg aunt worked on the family history at that time and supposedly located this store as being one that Hiram C. Houghton or his father Jonathan Clark Houghton ran or owned just after 1856. (They were still in South Shaftsbury in 1856). Thanks for any help.

Hi Sarah,
I know that there was a grand Victorian house (c. 1880's) owned by the Houghton family on Houghton St. But I do not know when the Wellings stopped owning the market. In the next few weeks I hope to talk to 2 people who may know the dates. I will let you know what I find out.