Learning from a Workshop 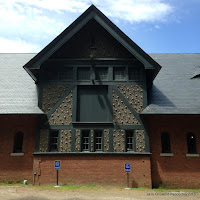 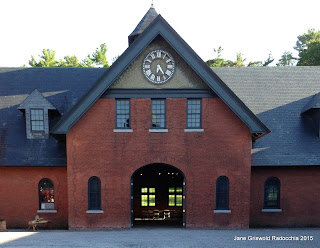 The IPN Workshops at the Shelburne Farms Coach Barn were superb. 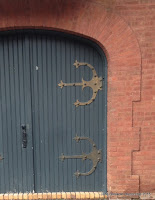 The barn is magnificent. To be able to be in and around it for 4 days was true luxury.

Above left is the main entrance from the court yard. Right is the dormer for the hay loft door above the stable. Below is half of one barn door showing its hinges and brick work.

The food was plentiful and excellent - local and fresh.
The company and the workshops couldn't be beat.
Of course I plan to go to the 20th annual IPT Workshop to be held in Virginia, autumn of 2016 . www.ptn.org


My presentation was almost derailed by the cheap school compasses I brought. The compasses did not hold their angle, so the diagrams we drew weren't true. I had not anticipated that the participants might not know how to draft: they needed basic instructions and better tools.

Luckily people bore with me and I presented twice. Many people talked with me about geometry between sessions.

Here is what worked best:

The daisy wheel: As people found the rectangle created by 4 points  they easily understood the geometry of the Old First Church in Bennington. 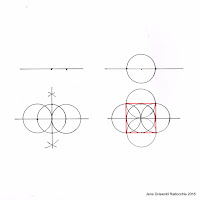 Making a square:  beginning with a line and a circle.

The hardest part for people to figure out was how to draw the arcs for the vertical line. I felt very successful when I heard one person explaining how to do it to another. 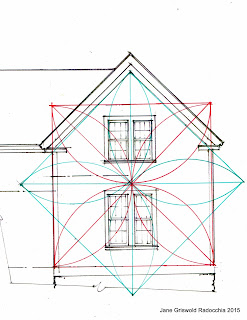 The 1830's farmer's cottage pleased everyone. They could see how to use what they had drawn. 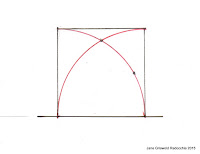 I brought the pictures from my post on  Asher Benjamin, Owen Biddle and Peter Nicholson. http://www.jgrarchitect.com/2015/07/geometry-of-cobb-hepburn-house-part-2.html

We were to draw squares based on their diagrams  - as shown here:
This is where, especially, the compasses were not up to the task. The squares were not true;they were cock-eyed. I loaned my good compass out - so much easier to draw with good tools!
So, I explained and demonstrated. People practiced.
The pattern books' first pages of geometry turned out to be an adventure.


I thought to show 4 different ways to grow a layout from one dimension.
Instead I used the different buildings and diagrams as illustrations as people asked questions,
Good, thoughtful questions.

What a good time we had! 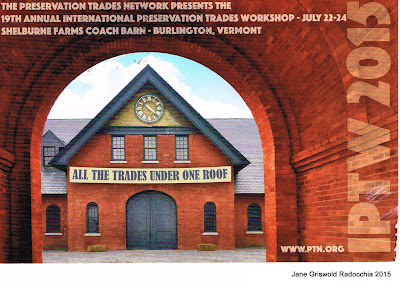 
My workshop is called

I want everyone to draw. So there will be

24 school compasses
2 packs of unlined paper
1 pack of grid paper
a pencil sharpener
some straight edges - not the "thin ivory scale or box rule" recommended by Owen Biddle
erasers - although I want people to explore, not correct mistakes

And of course, photographs and drawings, some posters.

I hope to help people be comfortable with geometry, to be able manipulate the forms,  design their own frames -
and thus create buildings whose parts are proportional to each other. Or maybe just understand how people did once upon a time.

Running  a power point presentation on geometry and construction may be possible.

I hope to be able to schedule a working session for all of us who are exploring geometry.
We have met at other conferences by chance. Maybe this time we can share together what we know.

If you are there too please come find me and introduce yourself. 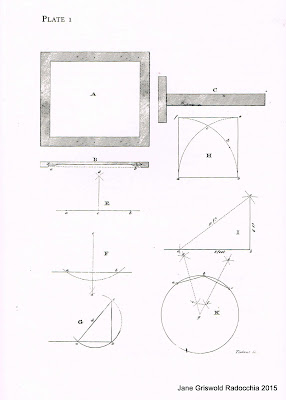 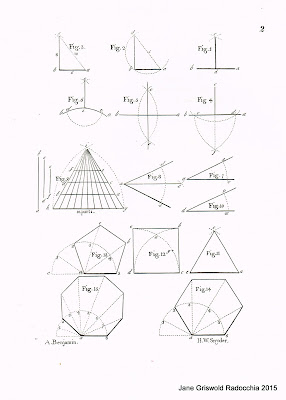 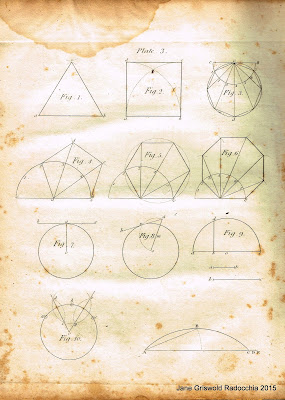