When I was preparing for my presentation at the Timber Framers Guild annual conference in August I assumed people knew the basic geometry - how to begin with a dot and a line and construct a shape - for example, a square - that was useful in construction. I found that I was wrong.

Here are diagrams showing how to lay out a square, beginning with a line, a dot and then: another dot.

The two dots define a distance, a radius.  So a circle is drawn. Now there are 3 dots on the line, all related to each other.

Draw 2 more circles using the dots on the circumference of the circle as the centers. All the circles are the same size.

Then take distance, whatever length you like - but it should fit on your page! Swing 2 arcs using that length and the centers of your two outer circles, one above and one below the first circle. The arcs cross.
Draw a line between the points where they cross. This line is perpendicular to your first line. and it crosses the first circle at 2 points.

Add 2 more circles, above and below the first row of 3, using the   points you just found as the centers. Now you have 5 circles all the same size, placed in relationship to each other. And you have 4 petals made by the arcs of the circles. Join the outside points of the petals, also where the circles cross. This is a square - drawn here in red.

Of course, your length (radius) needs to be constant...You need to be draft carefully. This is precision work. 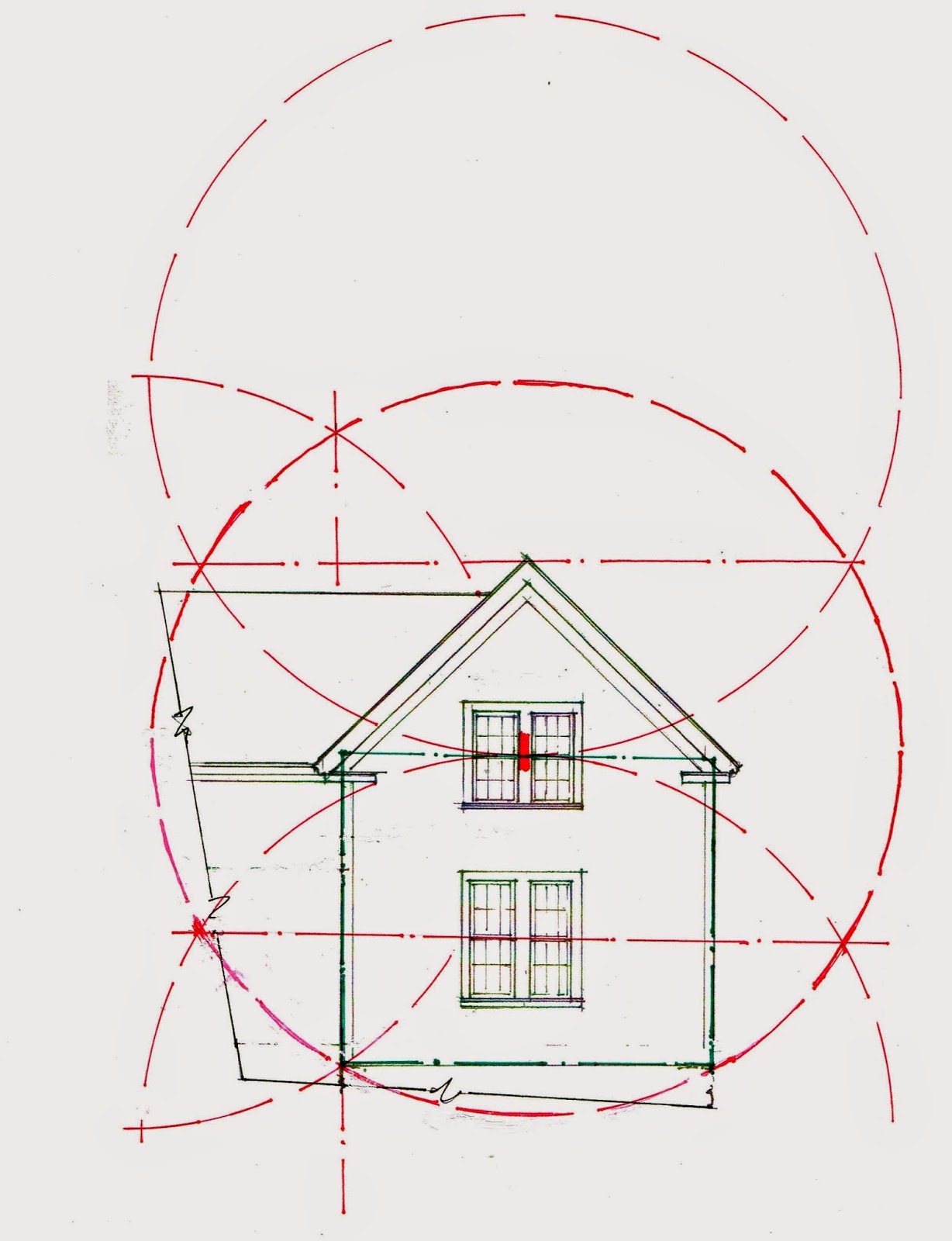 This diagram applies to the 1830 house in Reading MA, which I have written about earlier.
While preparing for the Guild presentation, I realized how more complex and also how much simpler the diagram could be. 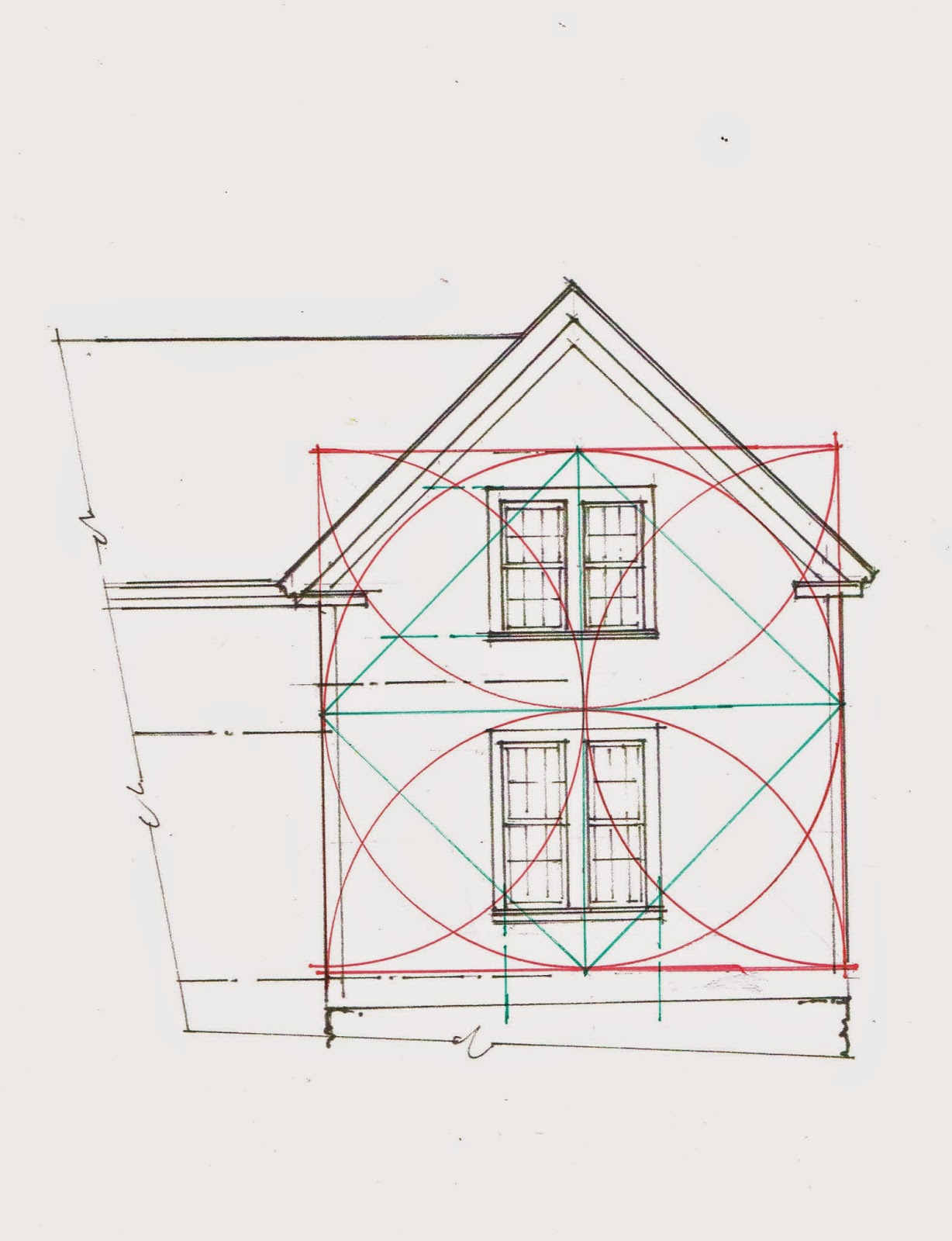 Here is the 'square construction' laid over the elevation, the base of the square on the first floor. The center line defines the ceiling of the fisrt floor, the placement of the second floor joist. The top of the square defines the ceiling of the 2nd floor, the placement of the ceiling joists which are also collar ties.
I superimposed a square diamond on the diagram - in green - because the intersections of the diamond and the square's petals marked the windows' width. 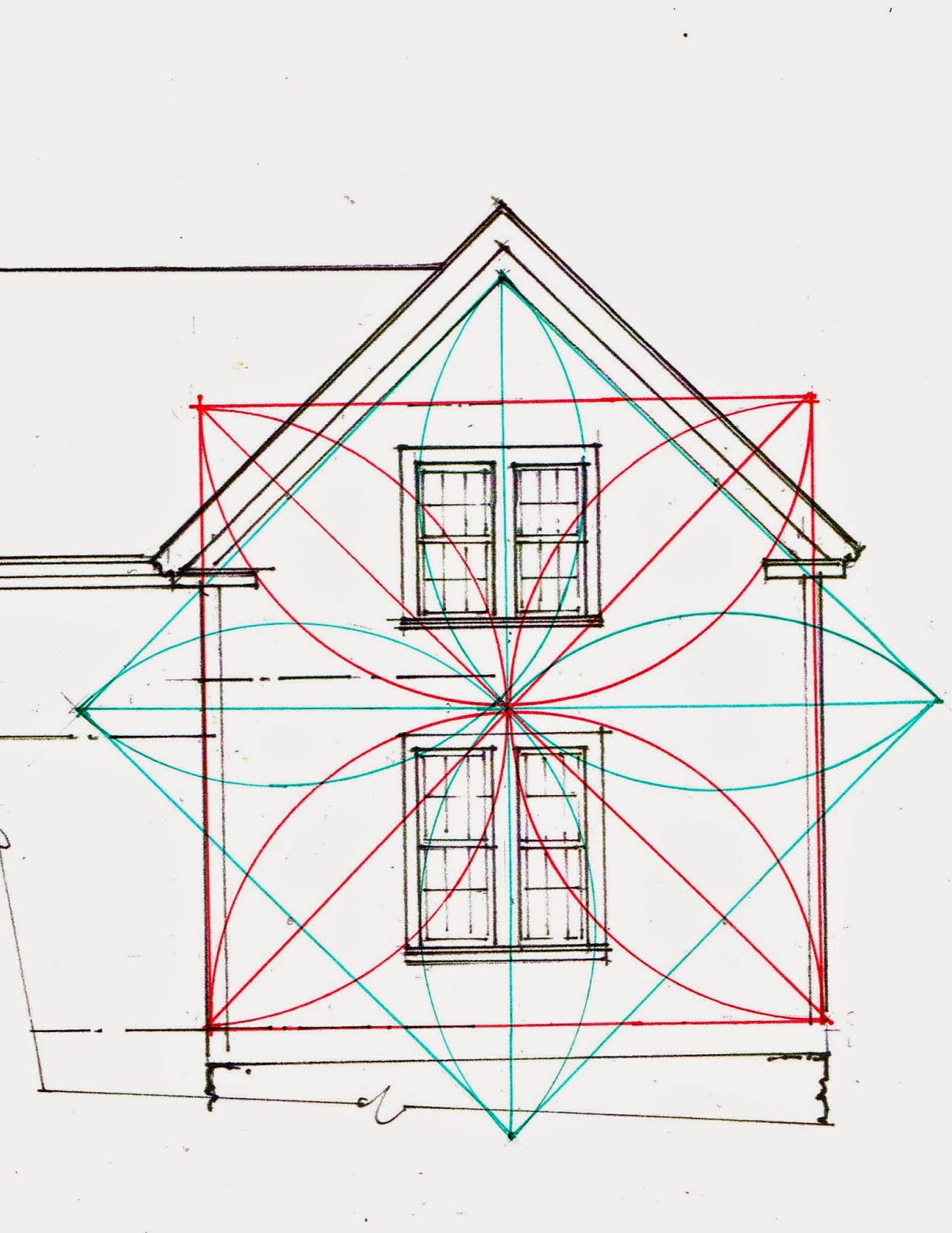 All this became visible, obvious, while  I was working intently on preparing a coherent talk. I learned a lot. Now I am beginning to re-post and update my earlier diagrams. 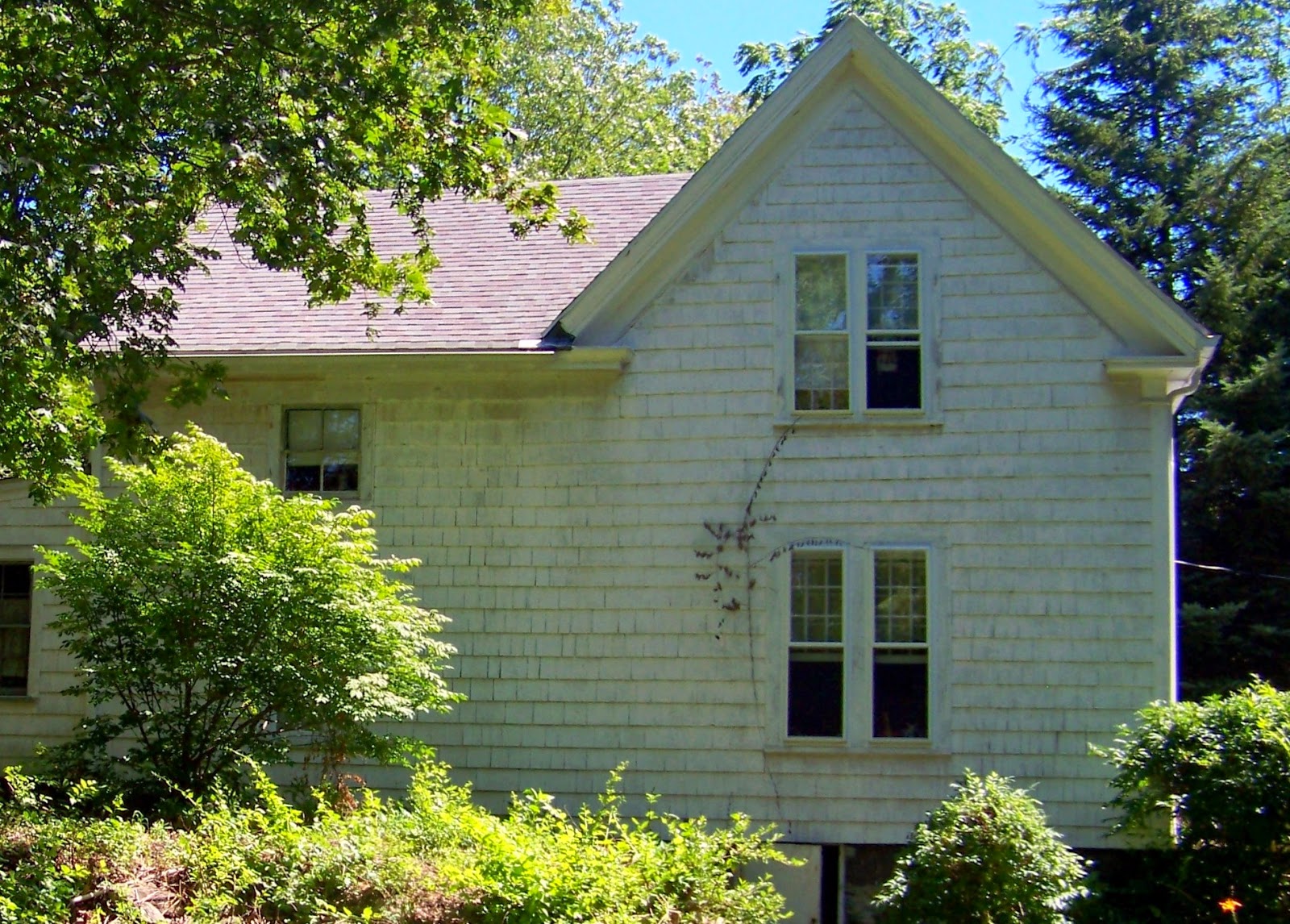 Here is the farm house that inspired my original research. The first floor parlors had  such presence and grace I can feel them today.
The left hand wing is a later addition.