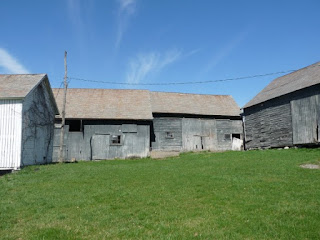 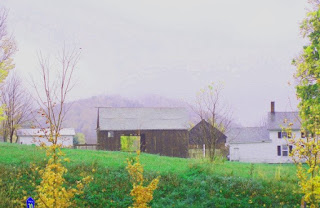 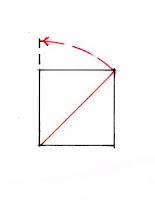 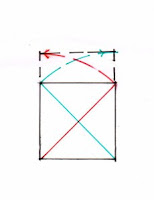 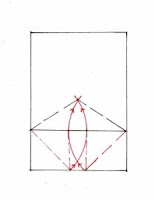 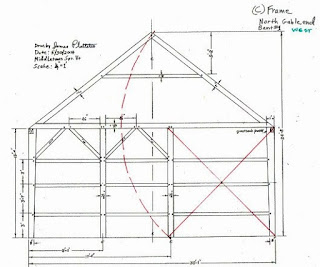 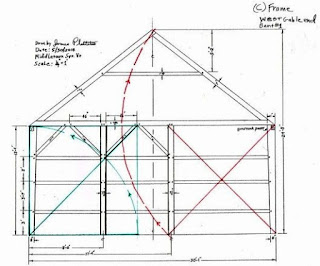 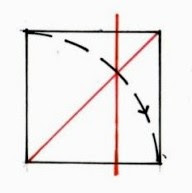 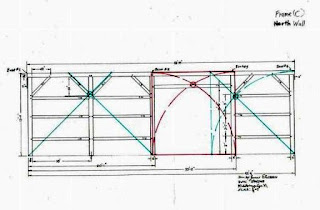 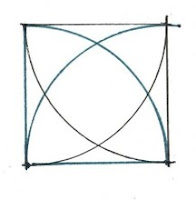 The Daisy Wheel - a Module, a Diameter, a Part 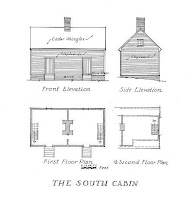 This post follows my post on Lines: how we designed and framed using compasses and twine.   https://www.jgrarchitect.com/2018/11/lines-in-historic-and-modern.html

I used the Tuckahoe Plantation cabin as a my example.
Its floor plan is composed of 2 squares. Its elevations come from the division of the square into thirds, easily done on a framing floor with cords anchored in place on each end.

As long as the original length, here A-B, was on site to use as a reference, the cabin frame would fit neatly together. 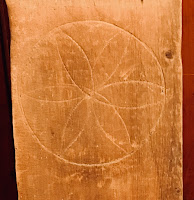 The windows however might be made by a joiner, off site. He could take a length of twine with him that matched A-B. But his windows would be smaller. How does he figure out the needed window size?

He would refer to a daisy wheel drawn by the master carpenter.

The diameter of the circle is a fixed length; the daisy wheel shows the craftsman where that diameter is. It is the Module, the Diameter, the Part described by Vitruvius and Palladio, referenced by the pattern book writers.
'P' on a drawing can also refer to the Latin 'pes' or the Italian 'piede', meaning 'foot'.


Vitruvius, (Book I, Chapter II, Symmetry,) says. "Symmetry is a proper agreement between the members of the work itself, and relation between the different parts and the whole general scheme, in accordance to a certain part selected as a standard. ... In the case of temples symmetry may be calculated from the thickness of a column, from a triglyph or even from a module." 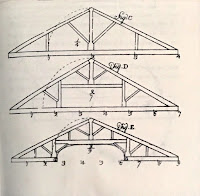 Asher Benjamin divides the lower chord in his truss diagrams into 4, 7, and 9 Parts.
The Country Builder's Assistant, Greenfield, MA, 1797, half of Plate 29. 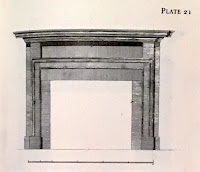 Owen Biddle adds a line below his fireplace mantle which divides the width into 5 Parts; and one of those  parts into 4 smaller parts.
Owen Biddle, Biddle's Young Carpenter's Assistant, Philadelphia, 1805, half of Plate 21

The master carpenter chose his circle diameter - often a hand's breath, about 8", or  from thumb to first finger, about 6".
He drew his circle on a board and stepped the radius around the circle 6 times, swinging an arc each time. The pattern is a daisy wheel.
Always, in every circle, the tips of the petals mark the diameter of that circle.  The other carpenters could measure the diameter with a compass whenever they needed.

The cabin width might be the daisy wheel stepped off 3 times, then that length stepped off 10 times. If the daisy wheel was about 8", the width would have been about 20 ft, a common size for small houses before 1850. Or perhaps and I house: 2 rooms 16 ft square and a center hall 8 ft wide, all laid out by stepping off.
The windows might be 3 daisy wheels wide. The joiner fashioning windows needed only take the daisy wheel's diameter with his compass and transfer that length to his work to make the window fit the cabin.

Other daisy wheels have been found on roof and wall sheathing boards. After a building was framed the daisy wheel was no longer needed but the board still was. 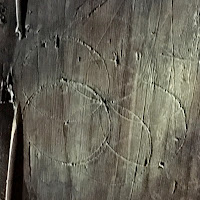 This pattern is on a bedroom wall where it is known that someone was confined due to illness for a long time. It shows no signs of being used as a reference.

The daisy wheel at the beginning of this post is on this board leaning against my breezeway wall. The 9 ft. tall sheathing board was part of an 1780 Vermont barn. The wheel was about 4 ft off the floor - easily accessible. It was drawn by compass; the center and the tips of the daisy's petals were regularly pricked. The radius and the diameter were used as dimensions. As it was in a protected and easily seen location it was probably also used for other buildings nearby.
Its owner gave it to me.

Vitruvius', Asher Benjamin's, and Owen Biddle's books are listed in my post of my bibliography.

If you do not know how to draw a daisy wheel, the steps are shown here. 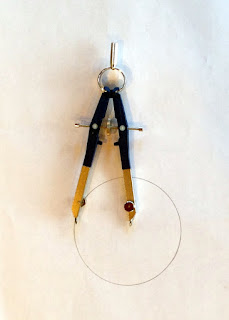 #2  using the same radius, place your compass on the circumference - the line of the circle - and draw an arc. 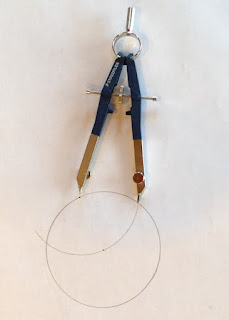 #3 Where your arc crosses the circle's circumference, place your compass and draw an arc. Do this a total of 6 times. 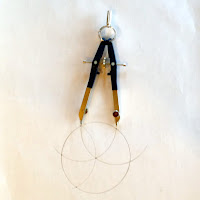 #4 When you get all the way around the circumference you have made a daisy wheel. 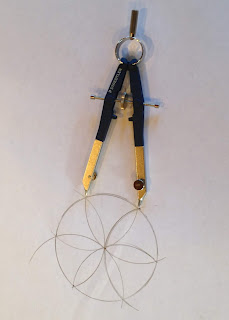