Timber frame from a carriage house 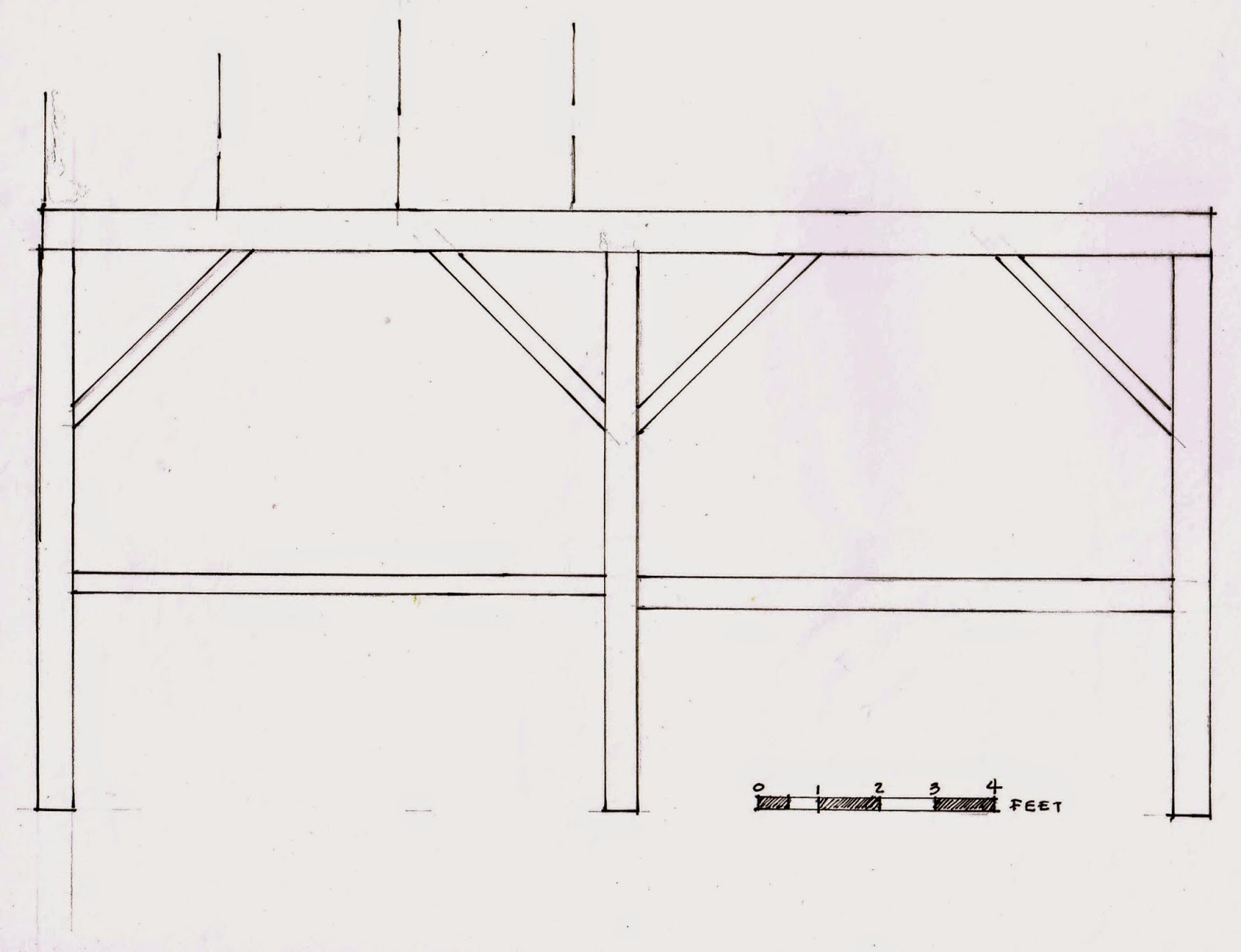 erected this 17 ft. by 26 ft. frame in their workshop.
Originally a carriage house, it had last been used as a garage and was for sale.

I asked Dan McKeen if I could visit and watch his crew work. I learn a lot from watching.
Dan welcome me, give me a tour, let me watch, and was happy to have me  measure this frame.
I measured both sides but only made notes on the rest.The ridge is 5 sided, the rafters are 36"o.c. The pitch? I don't know.The front and rear sides were not assembled. There was no sill.


I noted that the length and height of each side was almost equal, about 2" off; that the braces were set at 45* and that the cross beams though different sizes were set at the same height. I wondered if it had been laid out from the foundation or from the sill, as I have seen both.

The date of construction was c.1840. Based on the date I tried a 3/4/5 triangle layout. Even when I allowed for the sill it was not successful. Nothing lined up nor gave the framer any information.

The frame itself said, 'Square'. It also said 'Simple', not a tour d'force. I tried squares. 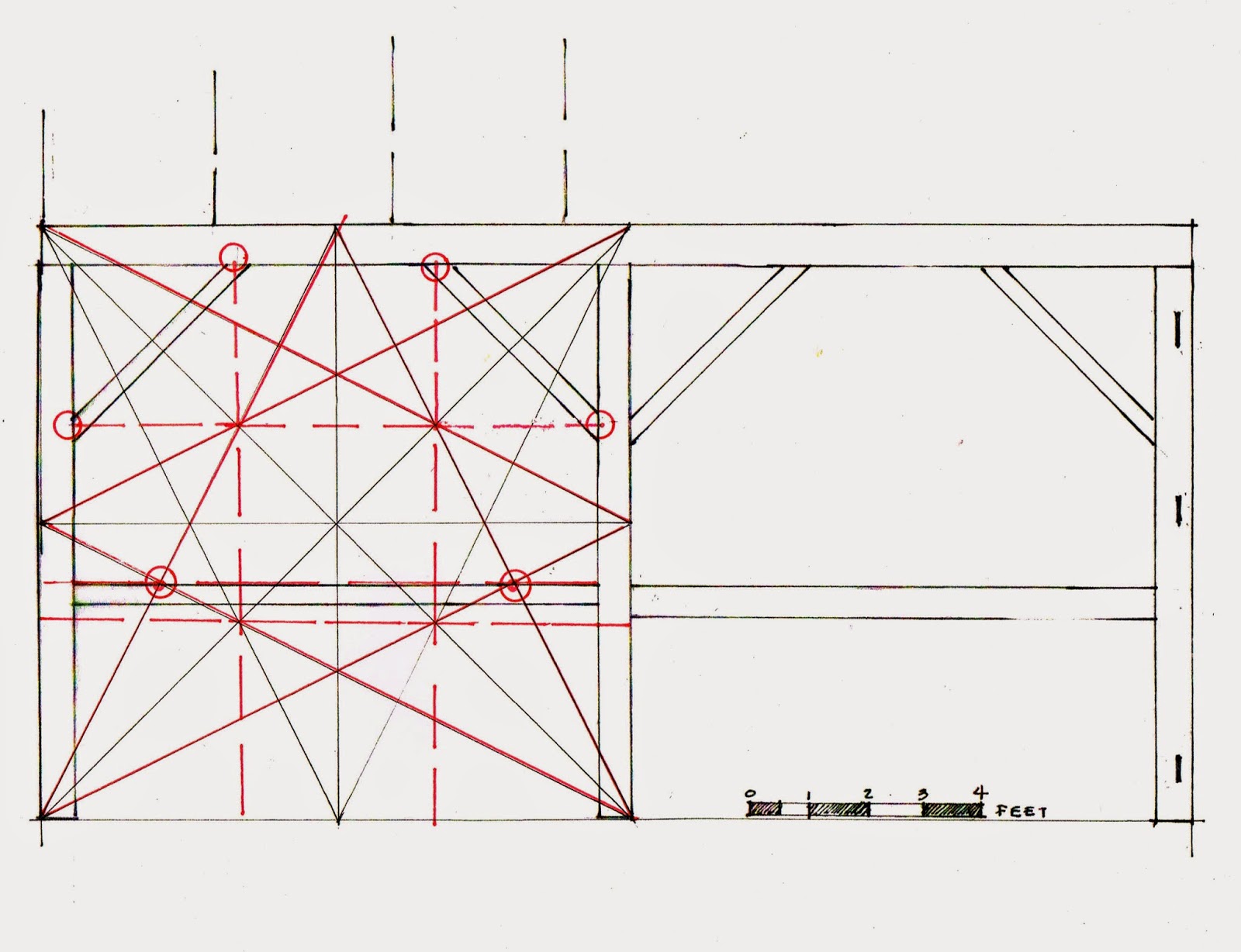 The square which begins on the outside of the bent and ends on the center post works. It and its star divide the square into thirds - red dashed lines -, locate the braces  and the top of the cross beam - red circles.

After the square was laid out snapped lines on a framing floor would have laid out the star.  6 of the lines of the star - noted here in solid red lines - mark the important intersections. They divide the upper half of the square into thirds and cross at the top of the cross beam.


The frame sold before I could return to check the pitch, the front and the back.  I had measured the mortises in the end posts which were for the front and rear walls. They are drawn on the right post. 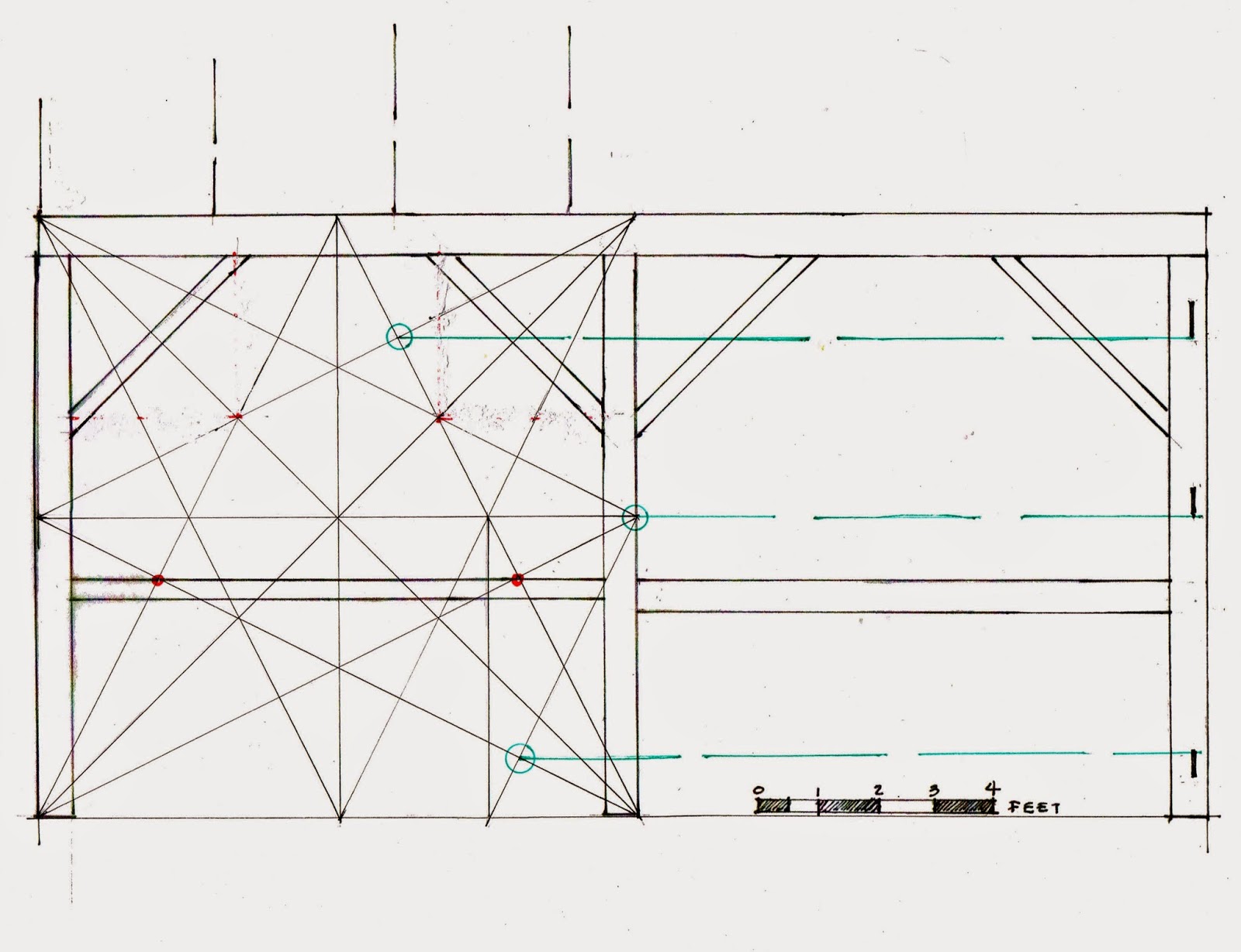 The same square determines their locations. Here I have extended a green dashed line from the intersections of the star (green circles) to the placement of the mortises.

The 5 sided ridge and the use of the square lead me to think the carriage shed was built before 1820 or that the framer was using old-fashioned methods and did not own a 'new fangled' carpenter square.