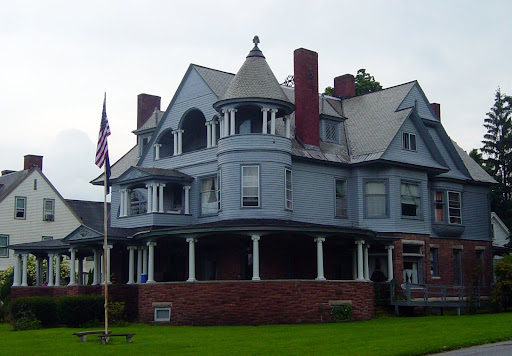 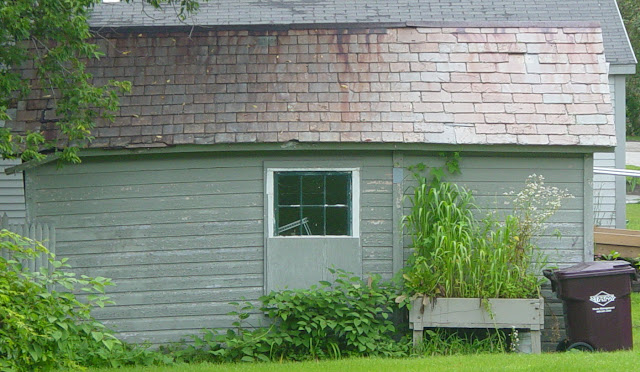 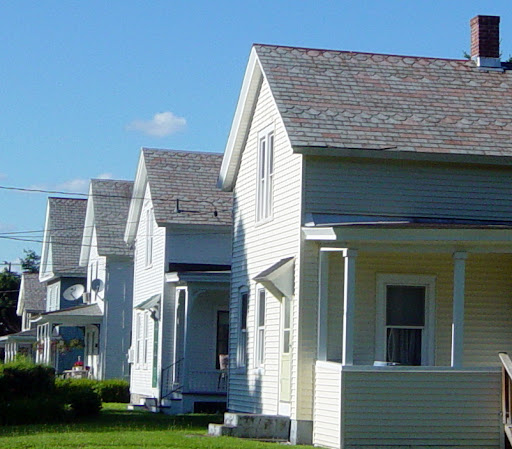 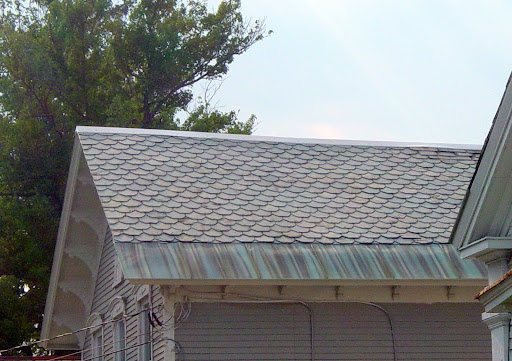 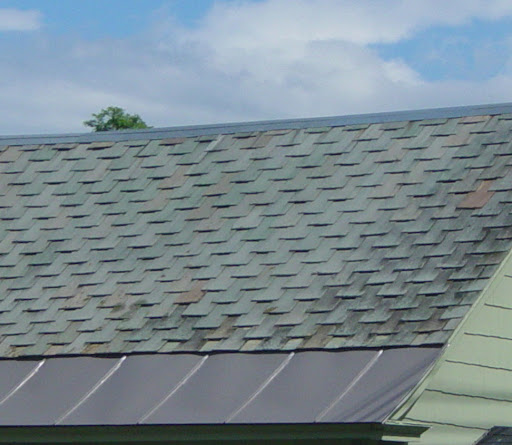 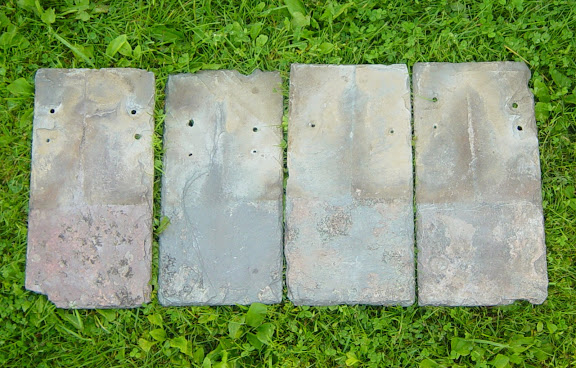 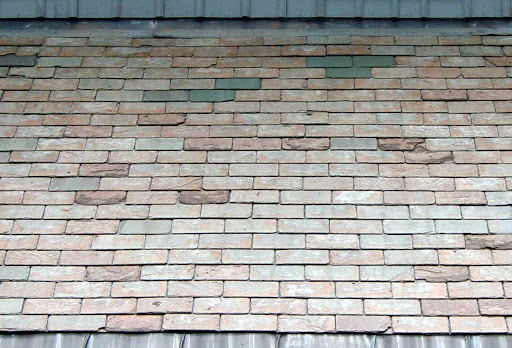 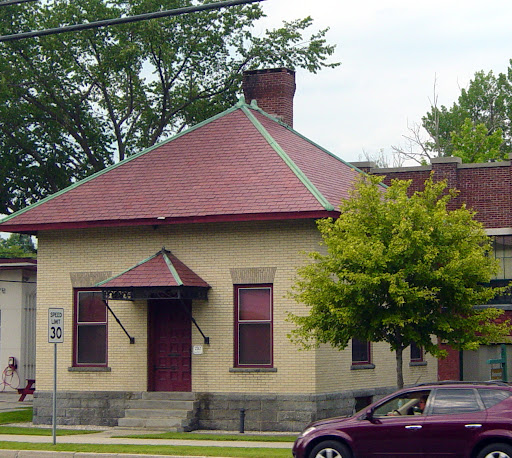 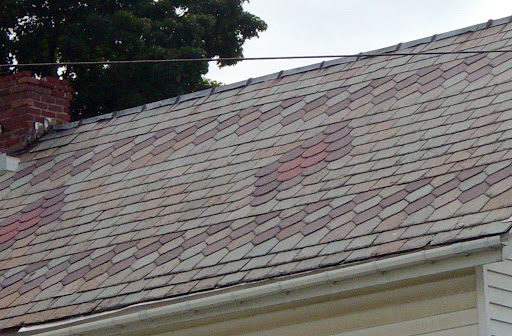 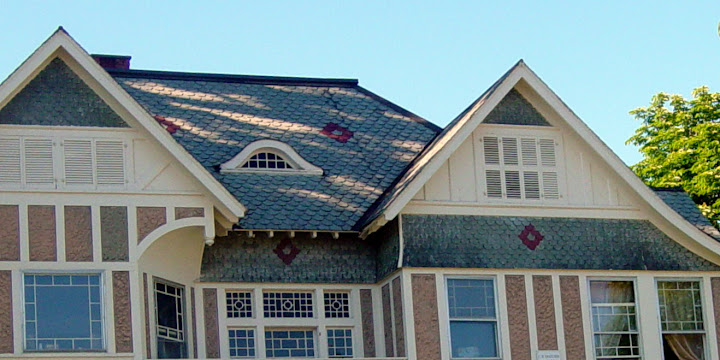 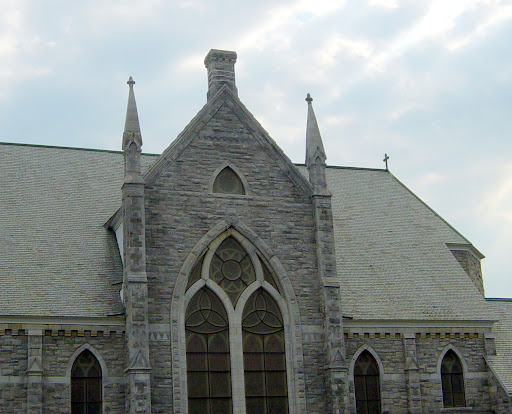 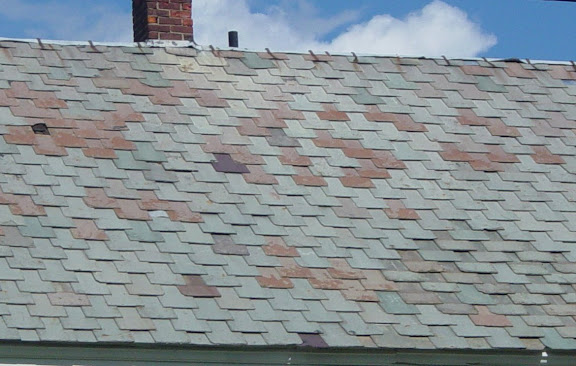 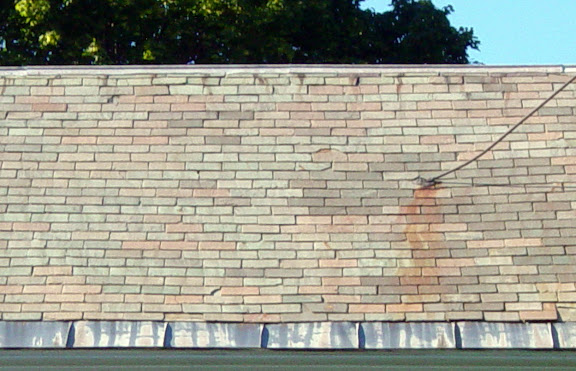 When asphalt shingles came into use in the 1920's the slate roofers stopped teaching new roofers how to lay slate. There was too little call for the skill.
Today roofers are relearning the skills (especially in Pennsylvania, Vermont, and New York which have quarries) where there are so many roofs which just need a little help to keep them in good repair.

I've often thought we don't look up because we are used to driving in cars with roofs, so we can't see 'up'.
When we walked or rode in wagons or carriages not only did we go slowly and have time to look around, but we weren't surround by a superstructure that requires us to twist our bodies and crane our necks to see the tops of buildings.

Sarasota Roofing Contractors said...
This comment has been removed by a blog administrator.
June 7, 2013 at 2:51 AM

Slate roofs provide me with some of the most difficult roof repair jobs I've ever encountered, but I can't deny that they're truly beautiful to behold! I suppose that makes them worth the extra effort, but they sure can be a pain in the butt.

this is not a blog about roofing choices. My blog is about our architectural heritage.
There are many other places for good discussions about alternative roofing materials.

As a courtesy - I feel no ill will towards you - I will leave your post here for a week and then remove it as it is not germane.

Lindsey @metal roof installation said...
This comment has been removed by a blog administrator.
September 17, 2016 at 4:42 AM

Usually I do not read post on blogs, but I would like to say that this write-up very forced me to try and do it! Your writing style has been surprised me. Great work admin.Keep update more blog.
Best Roofing Contractors in Chennai

Nice pics. I hope you are providing the best quality service. Have you another site roofers okc. Please share

Roofs must always be checked to prevent future problem to occur. I usually don't see slate roofing nowadays because it's expensive and it needs a lot of roof repair & maintenance.