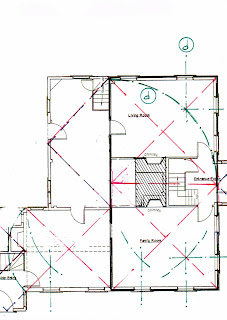 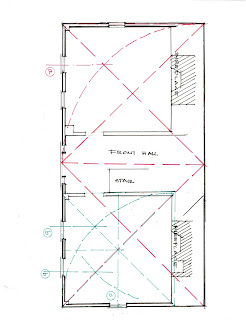 I love reading your thought on this subject. I am always talking to other builders and designers about the golden mean and natural proportions. I am really taken aback by how many designer/architects don't think about it more in there work, and when I bring it up among contractors, they look at me like I have two heads. As of late, I have had several "GC" and a "timber wrights" comment about not needing an architect or designer on there jobs. In each case they are adding onto vintage frames. I explain that they really do, if they don't have a design/art back ground at a minimum. They ask, "why?" I ask if they know what the golden section is...they don't, and I then I explain what it is, and why they shouldn't be doing the design work. Look forward to your next piece.

Thanks, Jay.
The earlier posts on the Locke Tavern illustrate your point. The c.1740 house was updated about 1790: larger windows, a hip roof instead of gable, squaring of the house, entries. They work because the later builder respected and played off the original use of the Golden Section.
I think timber framers and GC's can learn to use the Golden Section. After all their fore-bearers - the master carpenters - used it. Many architects don't know how to apply it if they know about it at all.

PS - Jay: I hope you'll read the first post on the Reading House, posted the same day - it shows a way of applying the Golden Section I've never seen.