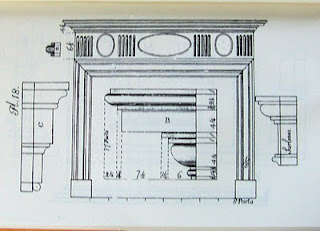 Asher Benjamin's first book, published in 1797, gives proportions on every plate except those of buildings: Plates 25, 26, 27; and Plate 23 which shows how to place newel posts on a stair.

The photograph is of Plate 18, a fireplace mantle. He notes: "B, Cornice, half size; C, Architrave, half size; A, Moulding round tablet full size for practice." All the numbers on the drawing refer to parts. B, the shelf of the mantle - drawn in the fireplace opening - states "17 parts" on the left side, and the divisions are ticked off on the right side. Across the mantle base are tick marks to scale the mantle itself, and then the note on the right: "8 parts". A is that little piece of moulding beside the mantle in the upper left corner. 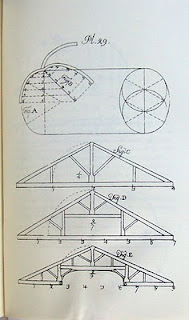 is of Plate 29. The top figure is how to size a arched ceiling over a room. The lower figures show roof frames - the bottom one is intended for a meeting house. The proportions to use are shown marked off and in notation: Figure D is 7 parts long and 2 parts high.
Here too the compass arc is shown. The 2 intertwined circles on the right of the top figure determine the arch for the ceiling. Note that the circles themselves are based on the size of the room. In the roof frames the arc of the circle - with its center at the center of the lower chord - determines the placement of the trusses.

So, was the use of the compass and geometric design so common that Asher Benjamin simply needs to allude to it? If so, why didn't that knowledge get passed on? 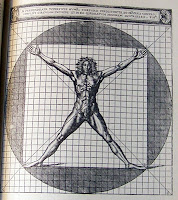 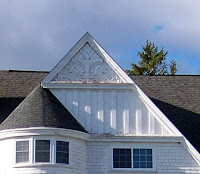 These are wonderful, exuberant details - a pleasure to come across - in my mother's words: "foolishness". Of course there are more I haven't photographed. 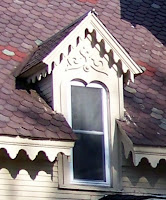 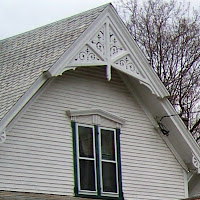 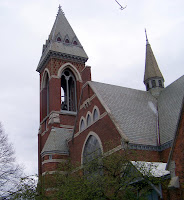 I was photographing before the leaves come out and obscure some great stuff for the summer: 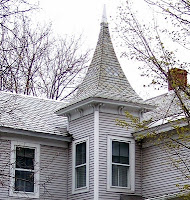 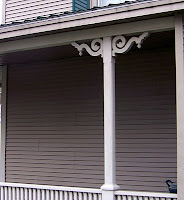 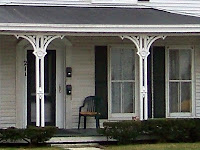 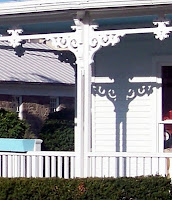 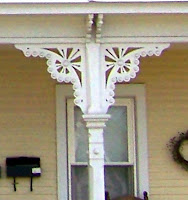 The feed-back from my post on the regulating lines of Lorenzo has been considerable. So I am putting forward for your consideration what I know about geometry and pre-Industrial Revolution design. Mainly:

Regulating lines are not mystical or mythical. They are not magic.They are simply geometry applied to design and construction.

They began as an accurate way to measure and layout design when people had only simple tools: a point, a line, and something to mark with. The line could have been string, a rope, a chain. The marker could have been chalk, charcoal, a stylus on wax or wet clay.

Find some wet sand, a beach perhaps. Make a knot in a length of string. Tie a stick to the other end. Use your thumb on the knot to hold the end of the string on the sand. With your other hand pull the string taut and trace an arc in the sand with the stick. You have begun to use geometry to design.

Geometry can be read by 'illiterate' people, or rather: People can be literate in geometry without knowing numbers or letters. It is a separate language which, like music, does not need translation.

I will list the sources I know of in art and architecture. I hope there is more I just haven't found, yet.