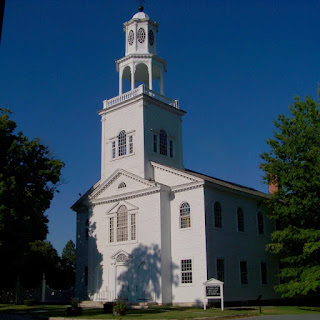 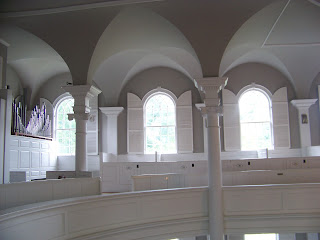 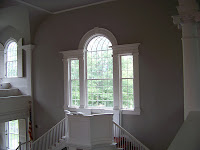 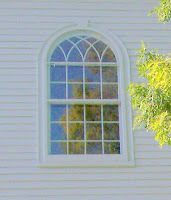 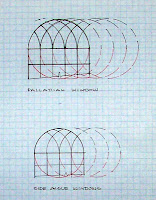 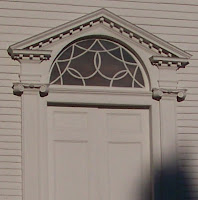 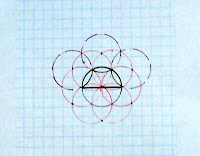 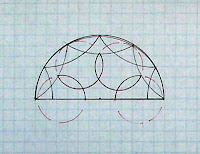 I love the Gothic, medieval arches being within and an important element of the Classical Palladian arch. I also have fun with the idea that the arch stops the action of the circles so we can grasp it. The house I grew up in, built in 1800 in New Hampshire, has the same swirl over its front door, so I doubt the pattern has a special religious significance.
9/15/2021: See the next post for the geometry as laid out by Laurie Smith.